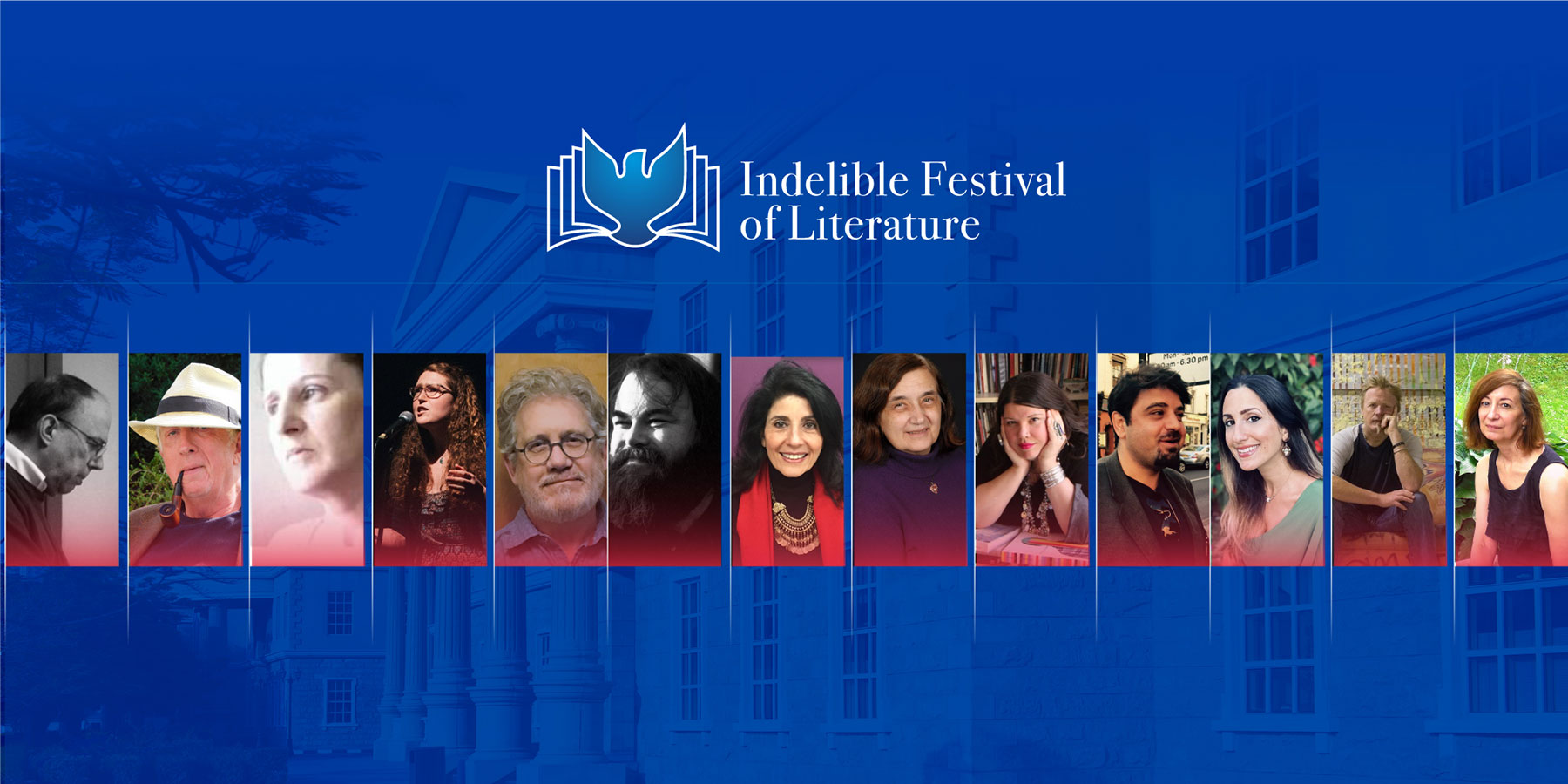 The American University in Dubai has held its Indelible Festival of Literature, organized by Dr. Roula-Maria Dib, editor of Indelible, AUD’s literary journal. The festival has had the honor of hosting some of the world’s most well-known and acclaimed authors and poets, with the program also including sessions on the practices of writing and publishing.

The festival started off on Sunday 14th March with a magical poetry evening starring stellar poet and highly acclaimed author, Professor Ruth Padel, who read some of the poems and discussed some of the inspirations behind writing her newest collection, Beethoven Variations. Then, novelist Maria Donovan gave a marvelous talk about her experience with the concept of writing in real time for her novel The Chicken Soup Murder; literary agent Leslie Gardner, from Artellus, answered all manuscript-related questions, and shared some great publishing tips with writers; poet and writer Roula-Maria Dib launched her new poetry collection, Simply Being, with a talk on poetry and the pandemic; and the first week's events were concluded with a superb open-mic evening featuring some well-established poets from around the world who have contributed to the university's literary journal, Indelible, including Christine Murray (founding editor of Poethead), Steve Pottinger, Hedy Sabbagh Habra, Joan Leotta, D.R. James, Suzan Azar Porterfield, Bernard Pearson, Alan Hickman, and Lorette Luzajic (founding editor of The Ekphrastic Review). During the second week, poet and writer Omar Sabbagh gave a lecture on the creative facets of critical writing, followed by a session on writing tips and styles held by David Crosbie. Then, novelist and artist/art scholar Juliet Bates discussed her new novel, The Colours, which explores the journey of an artist in relation to the theme of "home". Towards the end of the second week, Professor Fiona Sampson, a major, award-winning contemporary poet and author on the British and international literary scenes, gave a phenomenal talk on Two-Way Mirror, her newly-released, ground-breaking biography of Elizabeth Barrett Browning.

The final festival week (28-31st March) was a jam-packed series of literary feasts: on Sunday, bestselling science-fiction novelist Justina Robson discussed her work in the context of Fantasy, Science Fiction and Magical Realism; Monday featured a pomodoro-style writing session, while on Tuesday, poet Anthony Anaxagorou gave a session on the themes of family and diaspora in his poetry. The grand finale, on Wednesday the 31st March, was a fantastic event featuring poetry readings by all of the festival poet guests who held individual sessions: Ruth Padel, Fiona Sampson, Anthony Anaxagorou, Omar Sabbagh, and Roula-Maria Dib. 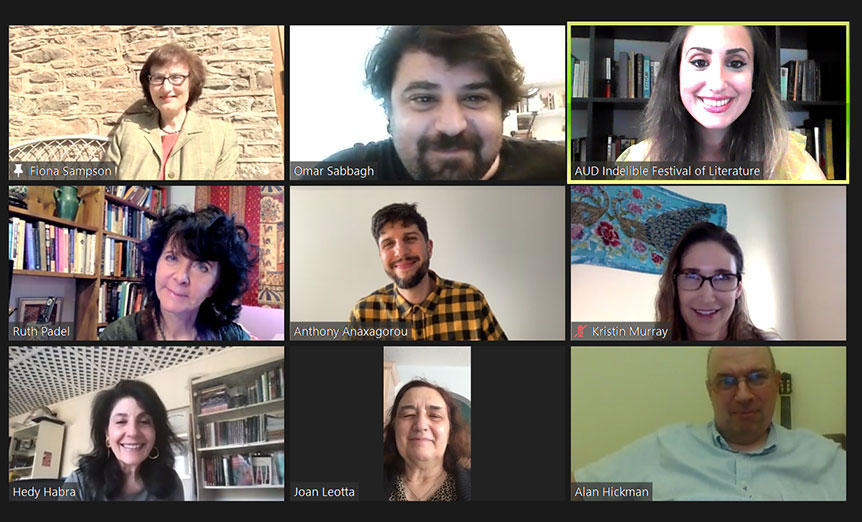 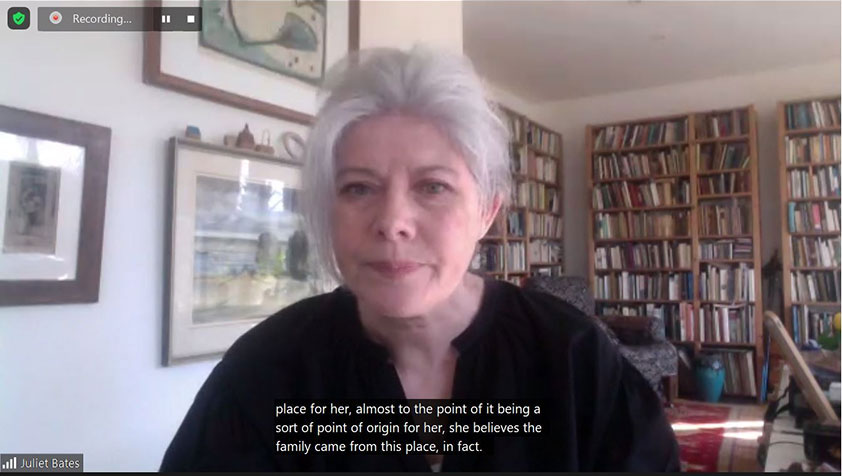 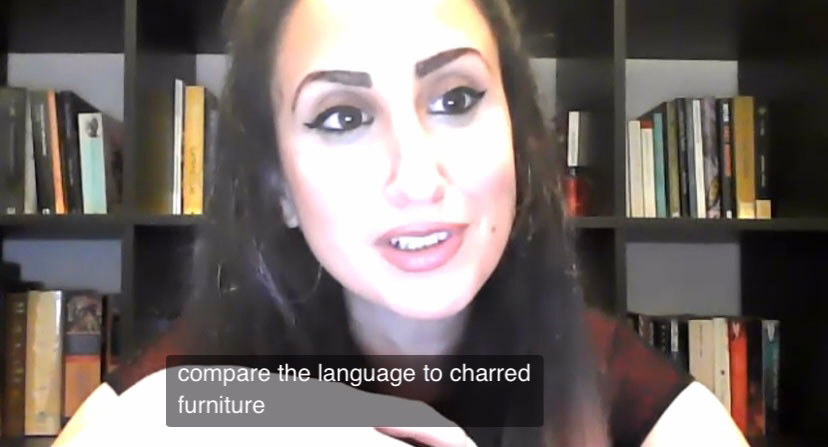 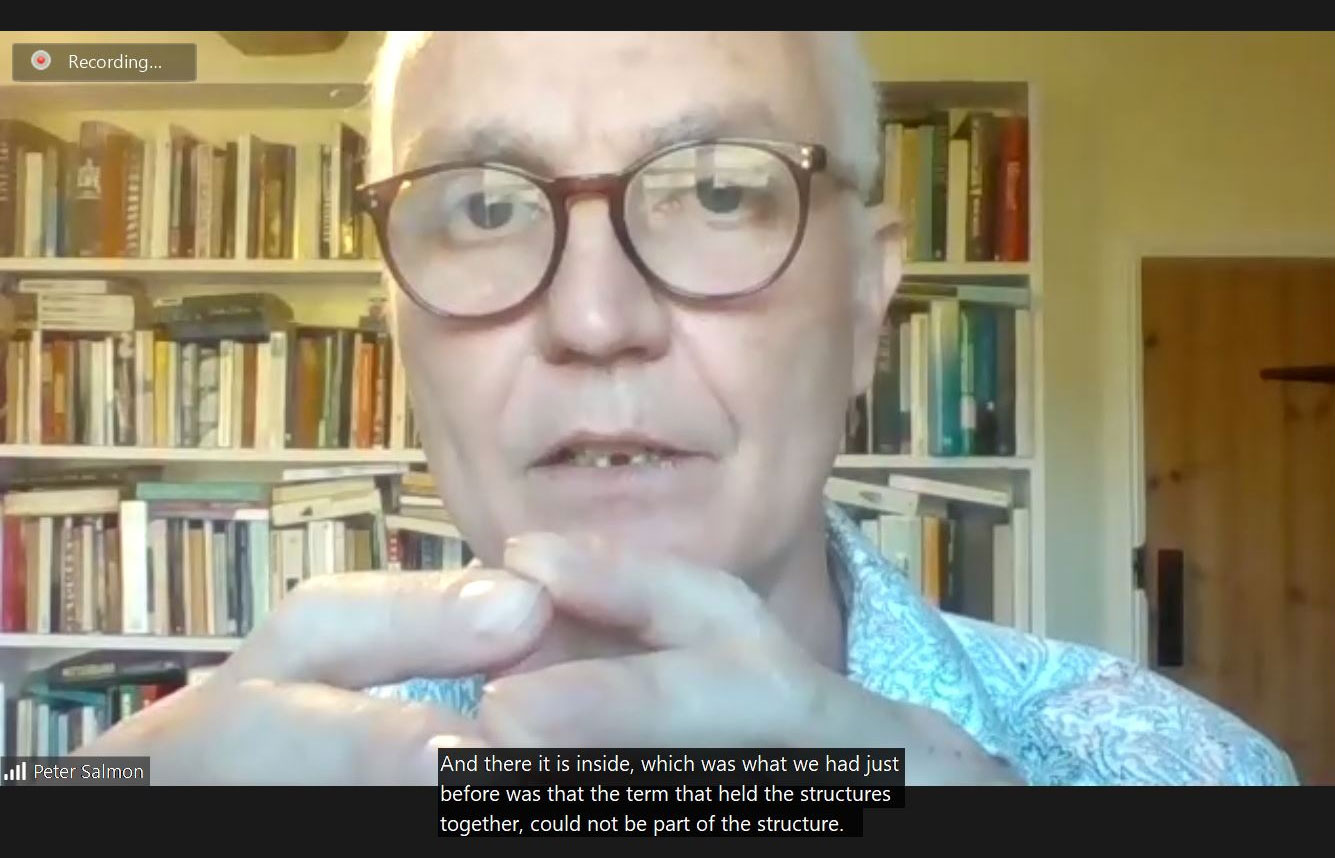 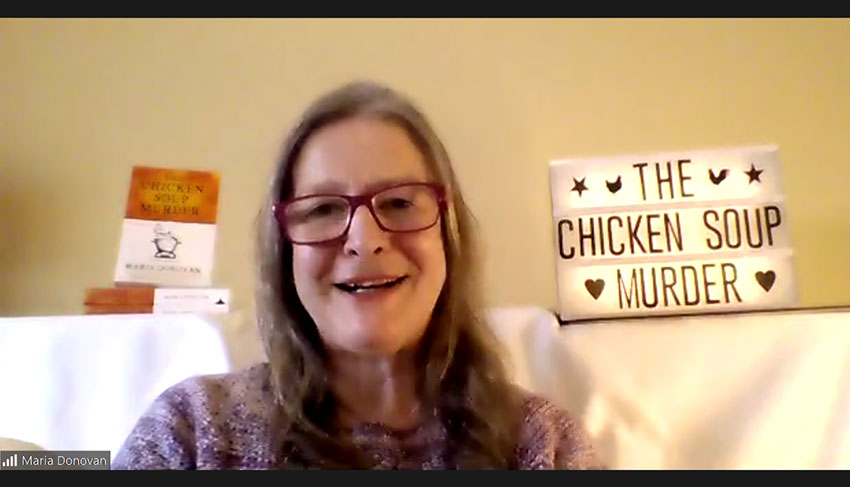 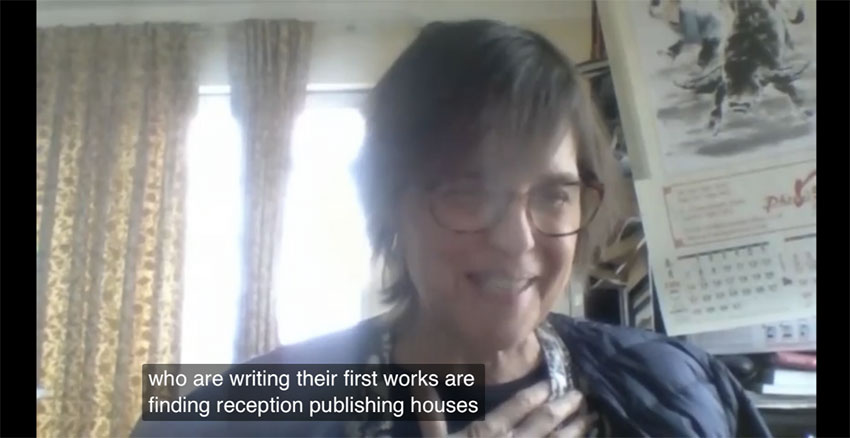 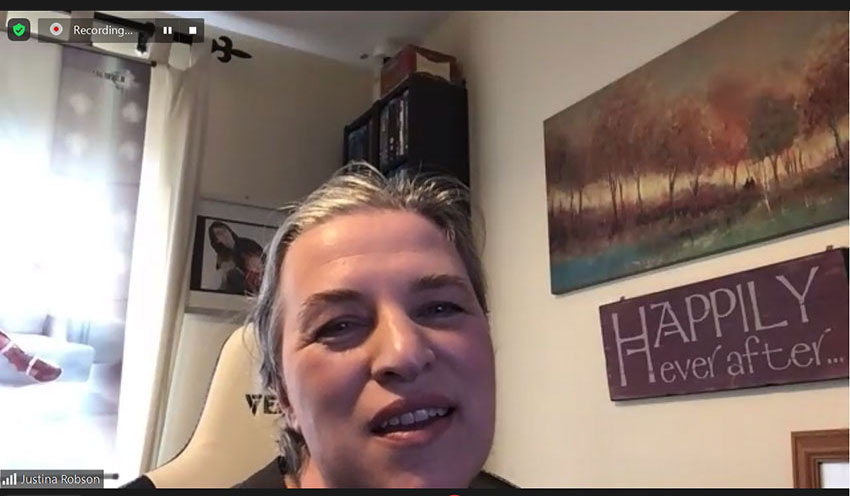 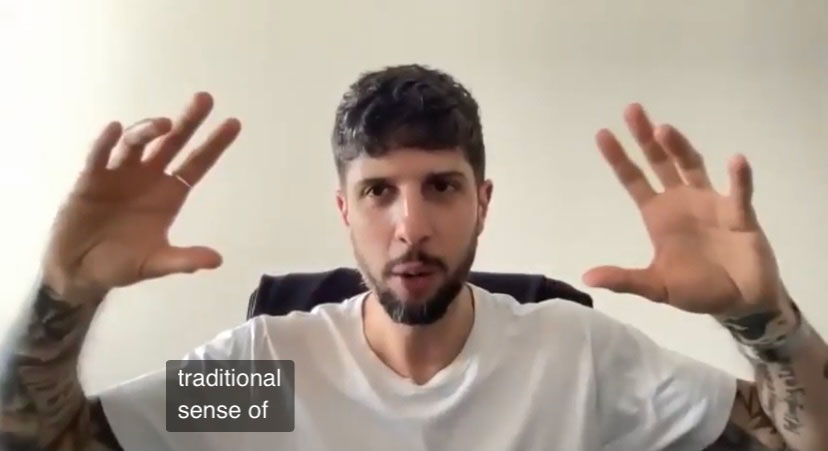 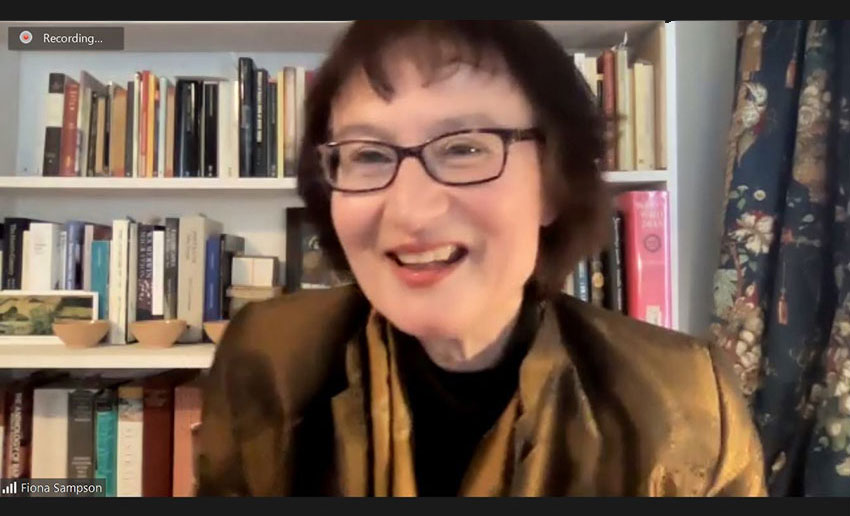 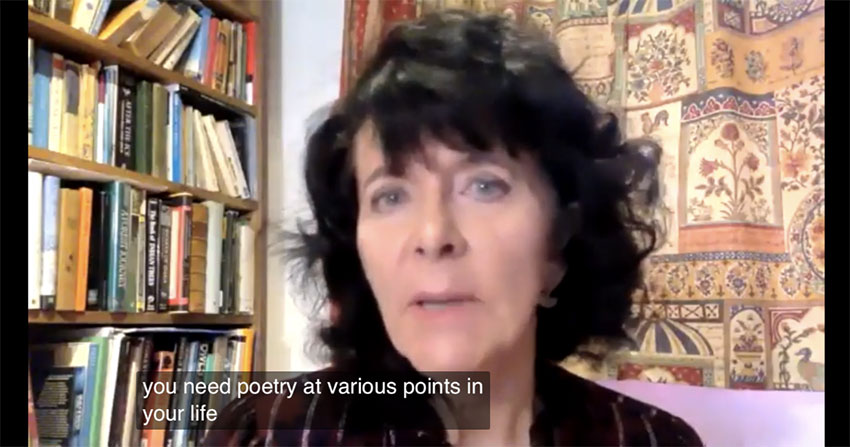 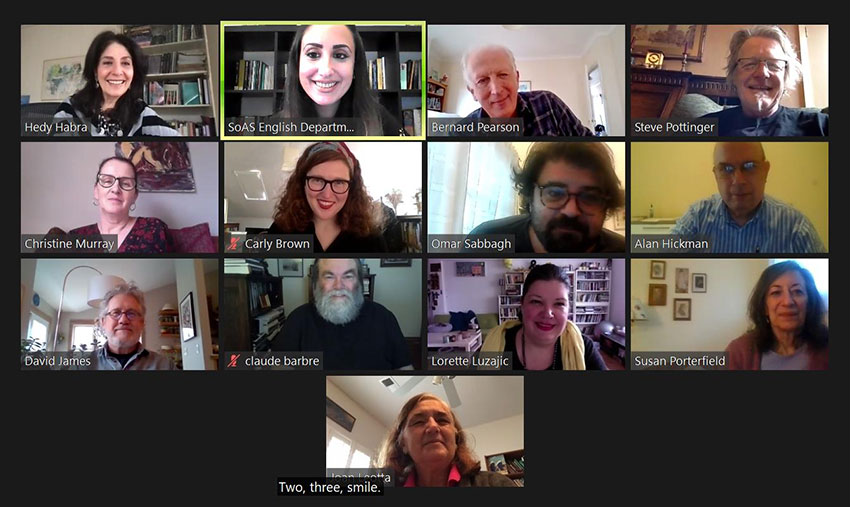 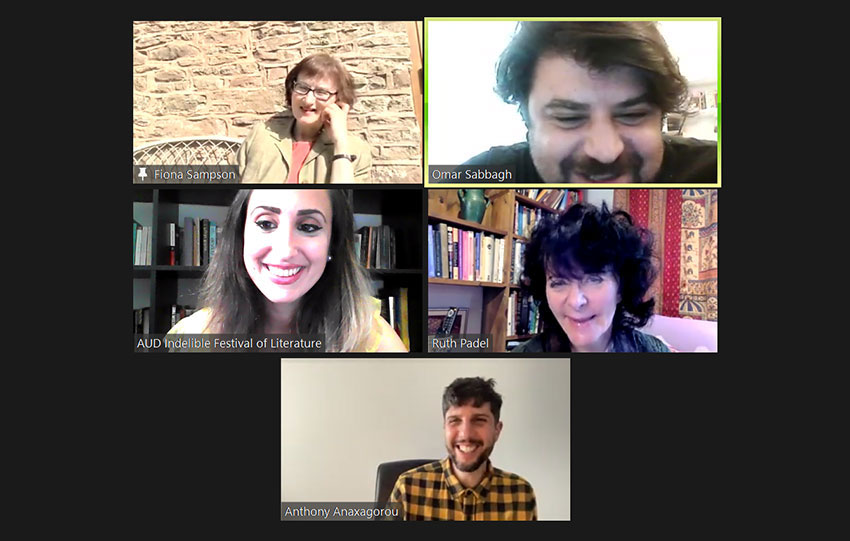