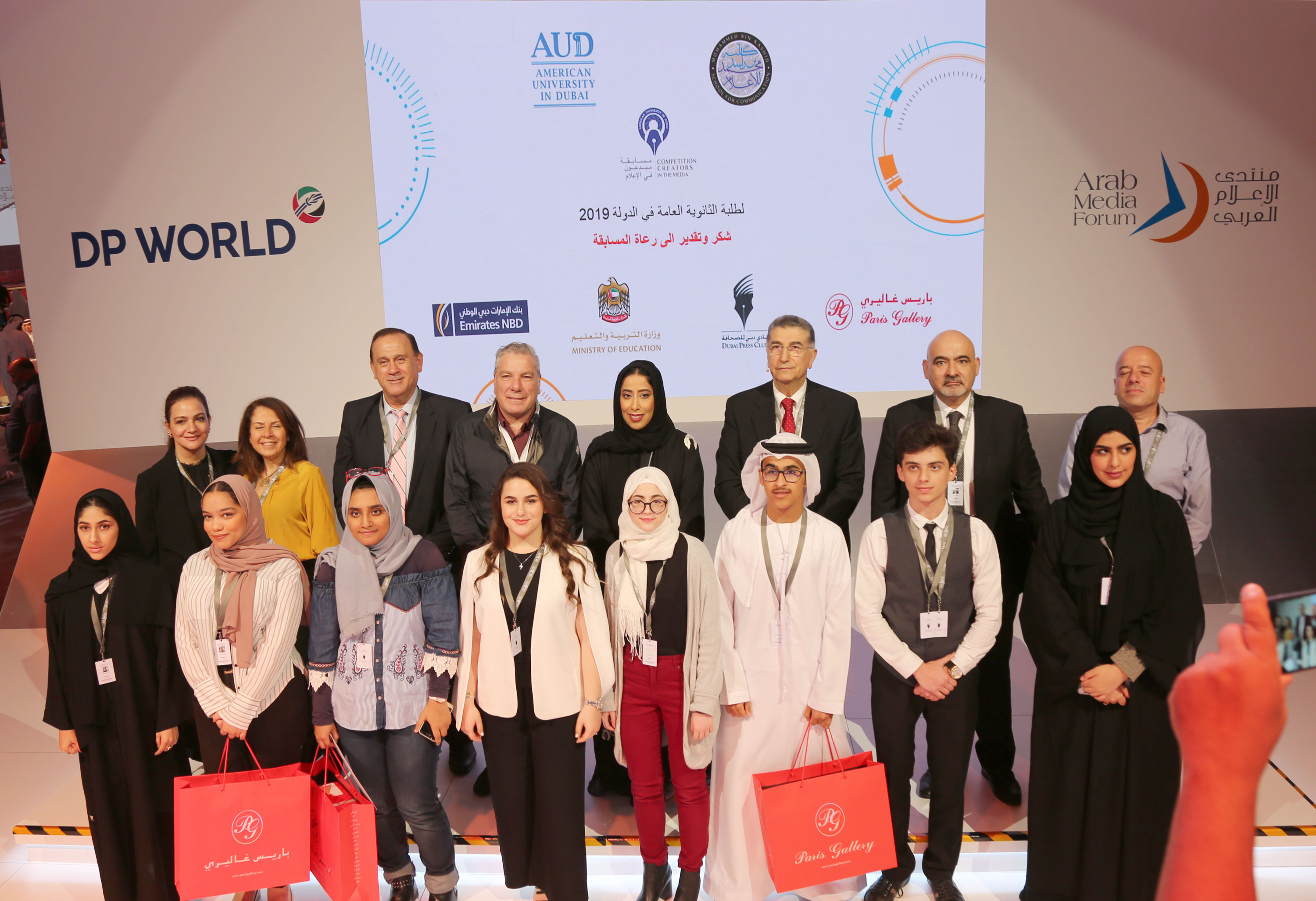 On March 28th the American University in Dubai awarded the winners of the Mohamed Bin Rashid School for Communication Investigative Journalism and Short Film Competition for grade 12 students nationwide. The competition was held in collaboration with Dubai Press Club, and the Ministry of Education, for the third consecutive year with the top winning student in each category receiving a full scholarship to study at AUD.

AUD is extremely proud of the contestants and hopes to see many familiar faces in the upcoming year!