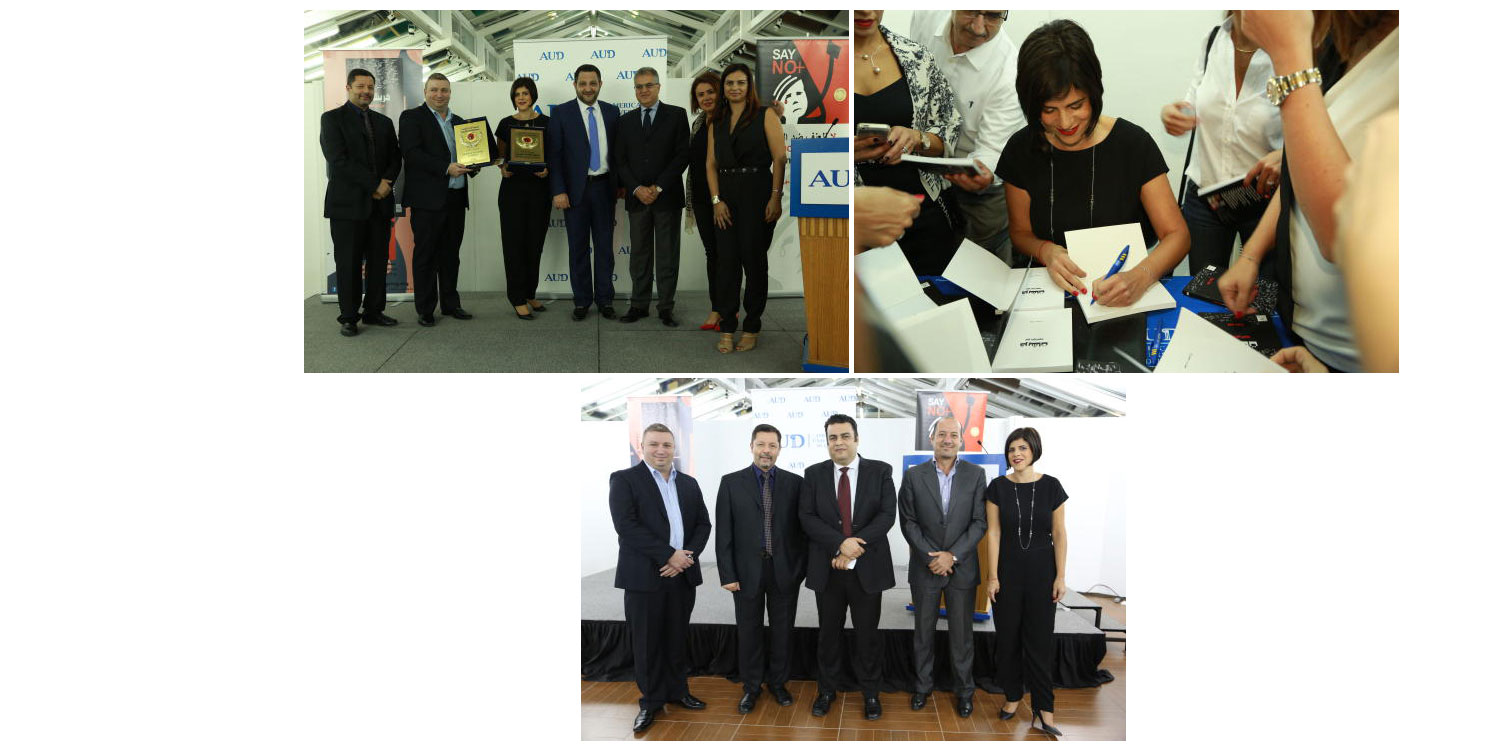 A ceremony to honor and award Lebanese Journalist, Hana Hamzeh, was hosted at the American University in Dubai. The Lebanese NGO Say No to Violence awarded Ms. Hamzeh the “Human Rights Personality of the year 2014” and appointed her as its Diaspora Ambassador because of her advocacy and various publications against violence.

The event took place in the presence of the Consul General of Lebanon Mr. Sami Nmeir, media personalities, in addition to AUD faculty and staff. The ceremony was followed by the signing of Ms. Hamzeh’s new Arabic book “Kharabashat fi Zaman Aswad” for which the proceeds will be used to help launch “mashrou riaaya wa hana2”. This project is dedicated to helping women and children in Lebanon who have suffered domestic violence, sexual harassment and rape.

Tarek Abou Zainab, President of Say No to Violence commented that: “the organizations [Say No to Violence] is convinced that Ms. Hamzeh possesses high qualities of creativity and dedication to the cause. We believe she is an initiator who will continue to push forward the development and improvement of the organization and that she has the capability of expanding the circle of impact through stimulating and innovating people to take the initiative, working individually and collectively in face of the obstacles ahead.”

Ms. Hana Hamzeh expressed that her: “main objective is to have the ability to provide knitting machines to the Lebanese women who were mistreated from the proceeds received through the organizations from the sale my book in order to give women the chance to have a better life for themselves. I feel it is the responsibility of journalists to exercise their beliefs and right and push forward important causes to the public. I will be compiling a series of articles from my weekly “kharbashat” article that will be compiled into a book every 2 years. Proceeds from each compilation will go towards social or charitable causes which are against violence and stand firm for human rights.”