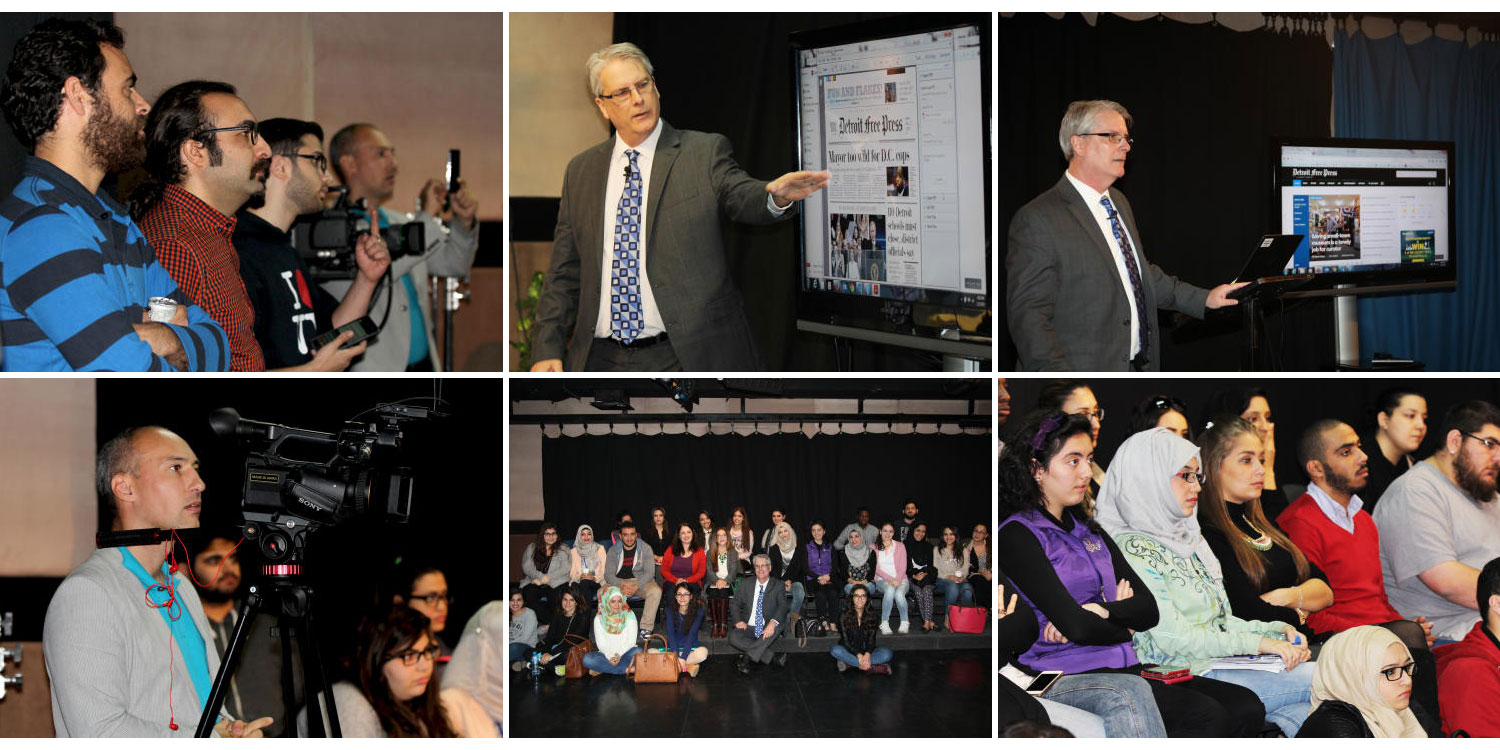 The Mohammed Bin Rashid School for Communication (MBRSC) at AUD recently hosted Jim Schaefer, a Pulitzer Prize winning journalist visiting from the USA for its Media Chat Series. Mr. Schaefer was visiting the UAE as part of a tour organized by the International Center for Journalists (ICFJ) funded by the U.S. State Department’s Professional Fellows Program.

Jim Schaefer, holder of the United States’ highest honor in journalism, led a yearlong investigation into the synthetic drug fentanyl that had caused hundreds of deaths. Schaefer traced the drug to a lab in Mexico and the chemist that made it. The resulting 12-page project won the Nancy Dickerson Whitehead Award for Excellence in Reporting on Drug and Alcohol Problems.[1]

Jim shared the journey of his career thus far with MBRSC students and faculty, touching on subjects of ethical journalism, the constraints and the protection that American law offers journalists, as well as the responsibilities journalists must take upon themselves to maintain a high level of integrity in the industry.

One of the most important things he stressed on was to maintain this integrity is self-limitation: “we exercise a lot of care. I know a lot of people might not believe this, our readers don’t always believe this. We sit in rooms like this and discuss constraint every day. What should we write? Even though we have the freedom to write whatever we want… what’s responsible, what’s fair?”

The lecture was an opportunity for the students to get an insider’s perspective on the industry they will soon be taking an active part in. Jim has had decades of experience over which he saw journalism transform from one based on very personal interaction to one largely based on technology for communication. Even with changing times, he recommended students maintain a personal approach to get close to the story; “it’s about human contact, getting people to trust you, and not violating that trust,” he insisted.

He urged the students to be truth seekers, and warned that although this may result in complaints because not everyone will like what you have to say, that their job is to give a voice to people, who otherwise don’t have one.

The Media Chat Series at MBRSC held regularly for the past two years at AUD, host distinguished media specialists, renowned producers, journalists and broadcasters; an initiative considered among one of the most important activities organized by the School for Communication, as they aim at benefiting students with the knowledge and expertise of media professionals. The event was attended by a large number of students in addition to AUD Faculty and Staff members. 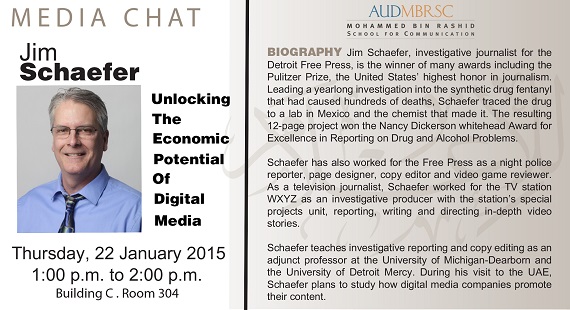