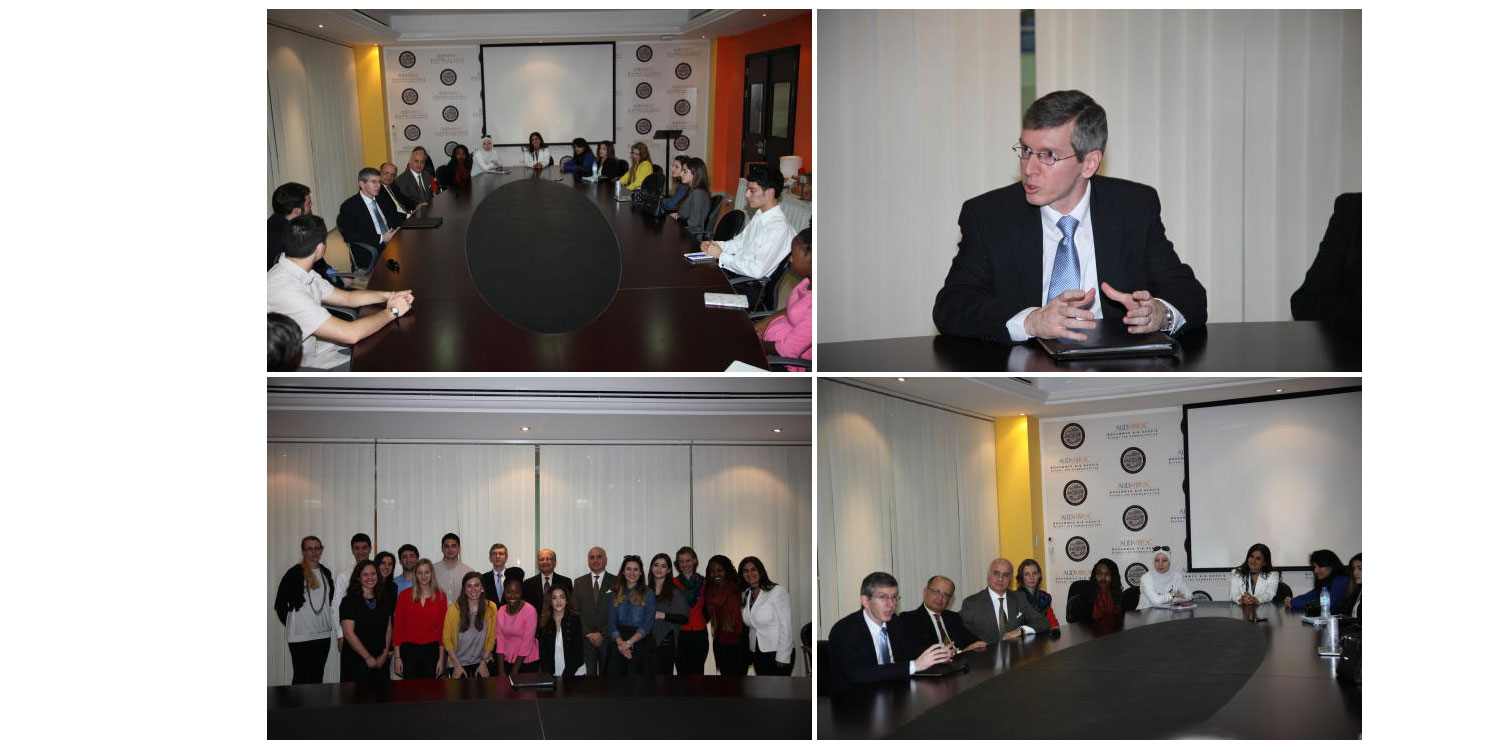 The External Relations Office at the American University in Dubai welcomed US Consul General Rob Waller for an informal talk about UAE–US relations and his experience in the Foreign Service.

“In an effort to strengthen our ties with the US Embassy and Consulate in Dubai, we continually engage in opportunities with the Consul General’s office and are glad to have once again welcomed him on our campus to address our students. Such opportunities to interact with the prominent figures in the community further complement our exchange and scholarship programs at AUD,” commented Peggy Awad, Director of External Relations.

The External Relations Office aims to establish and manage local, regional and international relations, and special projects that will help further increase the visibility and awareness of AUD’s programs and activities while fostering intercultural understanding among its students and preparing them for the global community.


About Consul General Rob Waller
Rob Waller began his duty as the United States Consul General to Dubai in July 2012. A member of the U.S. Foreign Service since 1998, he previously served as the Director for Israeli, Palestinian, and Jordanian Affairs on the National Security Staff at the White House.

Mr. Waller’s overseas assignments include service at the U.S. Consulates in Jeddah and Jerusalem, and at the U.S. Embassies in Paris and Baghdad. In Washington, he has served as Deputy Director of the Office of European Regional Security and Political-Military Affairs, as a Special Assistant to the Deputy Secretary of State and the Under Secretary for Political Affairs, and as Desk Officer for Iran.

Mr. Waller grew up in Missouri. He holds a BA in Near Eastern Studies from Brigham Young University, and a DPhil in Mediterranean Studies from King’s College, London. In 2010 he received the State Department’s James Clement Dunn Award for Excellence in mid-career officers. He speaks Arabic, French, and Spanish.[1]