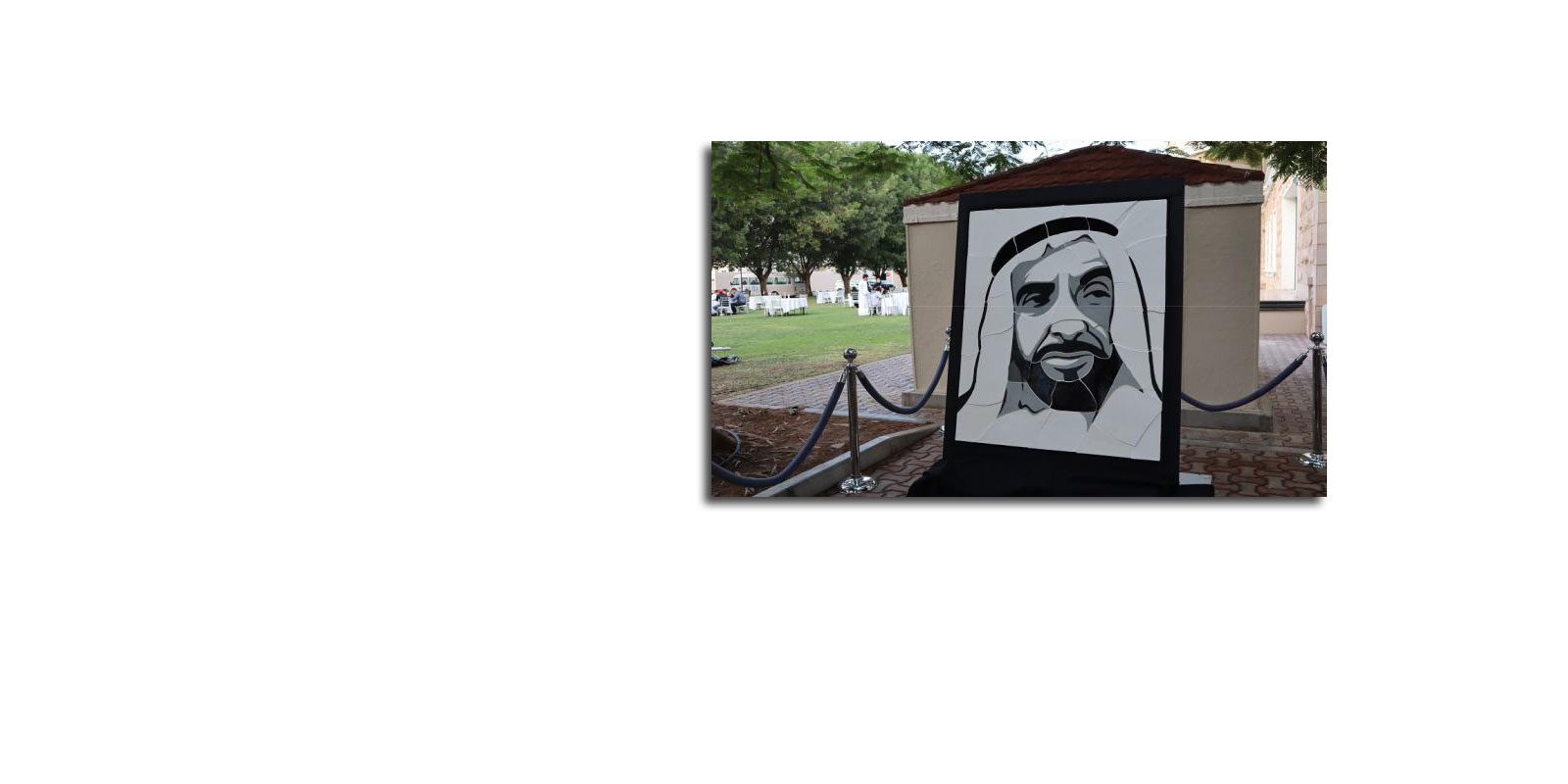 “Students from the VC department created a large scale ceramic mural of Sheikh Zayed as part of the University’s ‘Year of Zayed’ celebrations. The work was made in Professor Michael Rice’s Ceramics class and the students created the entire ceramic portrait by hand. They first looked at a popular image of Sheikh Zayed and created a drawing in the computer program illustrator. They then began the process of rolling out and cutting the clay to create a series of tiles which when placed together composed the image.

Each tile was cut, shaped, refined and painted with ceramic colours and fired to a temperature of 1100 Celsius. Finally, the work was arranged and fixed in place to reveal the finished image.